Cost of the Knowlege 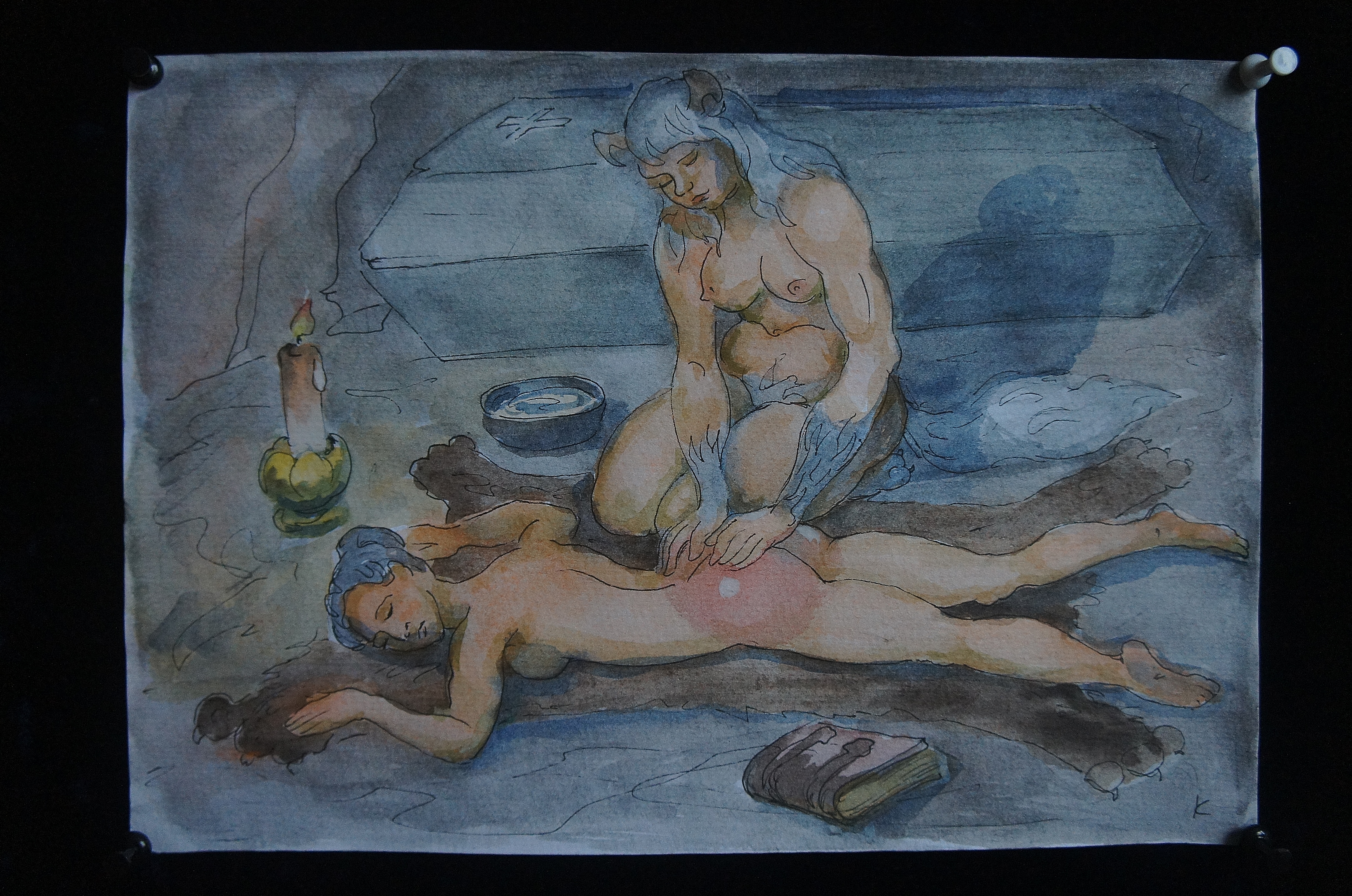 Few hours later both girls arrived at their lair. Still trying not to show that she’s in pain, the vampiress took the books from she-werewolf’s paws and put them on a bookrack, leaving just one. Then she, moaning and wriggling in pain, stripped naked and lay on the floor.

“Well, at least I finally got some of the books I need!” she said “That's worth it all!” she turned to her werewolf companion ““Now bring here my healing lotion! And quickly!”

She-werewolf smirked, but resignedly brought a big bowl of the lotion and started carefully putting it over her companion’s sore parts.

“So, this is the beginning!” the vampiress smiled through the tears “In these books surely should be some instructions, how to make an immemorial artifact to make it tractable to my will! The first step to change the Paddle of Destiny into the Paddle of Doom! Ow!!! Be more careful, you!”

“Our next step is again the Royal library! And I hope you won’t let me down again! Ouch!!! Be gentle, you beast!”

“I’m sorry, milady, but I have only paws…”
Story inspired by Kalidwen's game Elven Kingdom (which you may found here - https://kalidwen.itch.io/elven-kingdom)
Posted by Belinda Krüger at 1/16/2022 12:56:00 AM No comments:

“Quiet down, please!” the teacher said to the class. The boys stopped chatting as they saw the pile of papers that she was holding.

“Are these our tests, Miss?” a boy named Ryan asked.

“They are. Now, please take a purple pen and go through the annotations as I hand them.”

There was a rustle as the boys dutifully looked into their pencil-cases for the necessary pen. As post-16 students in one of the top grammar schools in the country, all of them were used to weekly tests, and needed little reminder of what to do. Discipline and behavior had never been an issue.

“Got it!” Ryan said, holding his pen up. “First?” he looked around. “Boys, always competitive…” Miss Krüger thought.

With a tut, she put the paper down on the boy’s desk. He gasped.

“Indeed, Ryan, that is quite disappointing… Did you revise before this one?”

“Of course I revised,” he said with a frown. “Not that I needed to, this was ridiculously easy. There must be a mistake.”

There was a snicker behind him. “Is that a C, Ryan?” another boy asked.

She huffed. “There is no mistake! I do not make mistakes. Maybe you need to reconsider the amount of effort you should put into your wok, young man.”

Ryan frowned and turned the page, quickly scanning through the answers. Miss Krüger gave the next boy his test.

“Not now, Ryan,” she replied tersely, and kept handing out the tests.

“A plus!” another called out.

“That is enough, young man!” she snapped. “I can see that you are disappointed with your grade, but it is merely a result of your own complacency. No one else in the class is complaining. In fact, no one else did quite as bad! Maybe next time you will check your work before handing it in, and make sure that you did not make silly mistakes that end up costing you dearly, yes? Now I do not want to hear one more word about it, understood, Ryan?”

“Not another word! I’d rather not have to discipline you. Though if I am honest with you, a result like that should be reason enough for a good spanking!”

There was a OoooooOooooh from the other boys. It had been a long time since any corporal punishment had been needed, and Miss Krüger was well fit. More than one boy had dreamed of being pulled over her lap… or the opposite.

She looked at the rest of the class and lifted a finger in warning. “That is quite enough, boys. You only have twenty minutes to do your corrections, then the lesson is over. And as for you, Ryan, I would use my time wisely if I were you and try to understand what went wrong so it does not happen again.”

For the next ten minutes, only the rustling of papers and pens could be heard. As the minutes ticked by, Ryan’s frown only deepened, until he couldn’t hold it in anymore and rose his hand.

Sat at her desk, she slapped it with the tip of her fingers and rolled her eyes. “I thought I made myself clear, young man?”

“Yes, but can I show you something, Miss, please?”

“Yes, yes, if there is something you do not understand, I can help you, of course.”

“Poor little Ryan can’t even correct the mistakes himself…” said a voice behind him.

More snickers behind his back, and Ryan felt his cheeks blush in shame and anger.

“Shut up!” he said, turning around.

“I have had quite enough of your attitude, young man!” she hissed. “I think you and I are going to have a talk at lunch.”

He held his test up.

“You’ve marked each question as if it were the next,” he continued. “See? The first one here? It’s correct, right? And this one, look? It goes A, C, D, but you circled A, C, D on the next one. And then the next, and then the next!”

Miss Krüger snatched the paper off his hand and started leafing through it, blushing. “I-I…” she stammered.

“Did he get it right?” one of the boys asked.

“Legend!” another yelled from the back.

“It’s all correct, isn’t it, Miss?” Ryan asked with a smile.

“Are you telling me you didn’t check your work before handing it in?” he grinned, “I think you’re the one who needs a lesson, Miss…”

The other boys in the room were gleefully looking at her, arms crossed, a smile on their face. One of them, Ian, went to the door and casually leaned against it. A few already had their phones out.

“I do not know what you are saying, Ryan, but…”

“What I’m saying, Miss, is that we expect a high standard of work from you, just as you do from us. That’s only fair, right?”

“And you said it yourself, such silly mistakes are reason enough for a good spanking.”

“You said it, Miss…” said another student with a wry smile.

“Yup, you did,” chirped another.

“A… A plus…” Miss Krüger said, hesitantly.

“One… One hundred and ten…”

Ryan looked around with a grin. “What do you think, guys? One hundred and ten, sounds fair?”

All of them nodded, some of them mouthing “Yeah!”

“I… I do not think that is appropriate…” Miss Krüger tried, but Ryan was already pulling her over his lap.

Quickly, he landed a series of slaps over her dress. It was clingy enough that he could see the patter of her lacy panties underneath. As she wriggled and protested, he held her firmly in place and only spanked her harder, encouraged by his classmates, several of which were pointing their phones at them.

“Maybe next time you won’t be so quick to dismiss questions, Miss?” he said with a grin, and kept landing hard, open-palmed smacks on her curvy ass.

“Aua!” she yelped in pain, “Please! You have made your point!”

“Lift her dress!” one of the boys called. Many others approved. Not one to disappoint his audience, Ryan quickly pulled it up, revealing a white pair of lace knickers under which creamy-white plump buttocks were turning pink. After a second of admiring the view, he went back to work, much to the delight of the other boys. As more slaps poured down, Miss Krüger was blushing from both ends, and tears had begun rolling down her cheeks. She was begging and crying out with every other slap, knowing that a classful of boys were staring at her rear, and that a frilly pair of lacy lingerie was all that protected her dignity —the little of it she had left, anyway.

“Have you been counting, Miss?” Ryan asked as his hand hit her wobbling bottom once more.

“The one hundred and ten slaps?”

Ryan tutted and shook his head, “Were you not paying attention, Miss? I thought the task was quite clear… Such a silly mistake… Should we start again at one, then?”

He nodded to another boy. “Joe. How many?”

“Sixty four,” the other boy said.

“You said it yourself, you should make sure that you don’t make silly mistakes that end up costing you dearly…”

“Only forty three to go!” Joe said with a grin.

Pinning her arm behind her back. he grabbed her panties and slowly, almost delicately pulled them down to her thighs, revealing bright red, clenched cheeks. She kicked her legs in protest, but there was nothing the could do. There was palpable excitement in the room, and none of the boys said anything, as if stunned by the view. Big, ugly tears were running down Miss Krüger’s cheeks and she screw her eyes shut.

A sudden massive slap made her open them wide again, and she cried out in pain and surprise.

“How many more?” Ryan asked.

“Well done!” he said and slapped her ass again. And again, and again.

He held his hand high. “Anything you want to tell us, Miss?”

“Will you make any more silly mistakes?”

“No! No! I will check my work! I will not make silly mistakes again! Please!”

Just as the final slap landed, the bell went off.

Ryan let his teacher go and got up.

“There you go lads, class dismissed!” he said. Behind him, one hand on her desk, Miss Krüger was rubbing her red, painful, punished bottom. 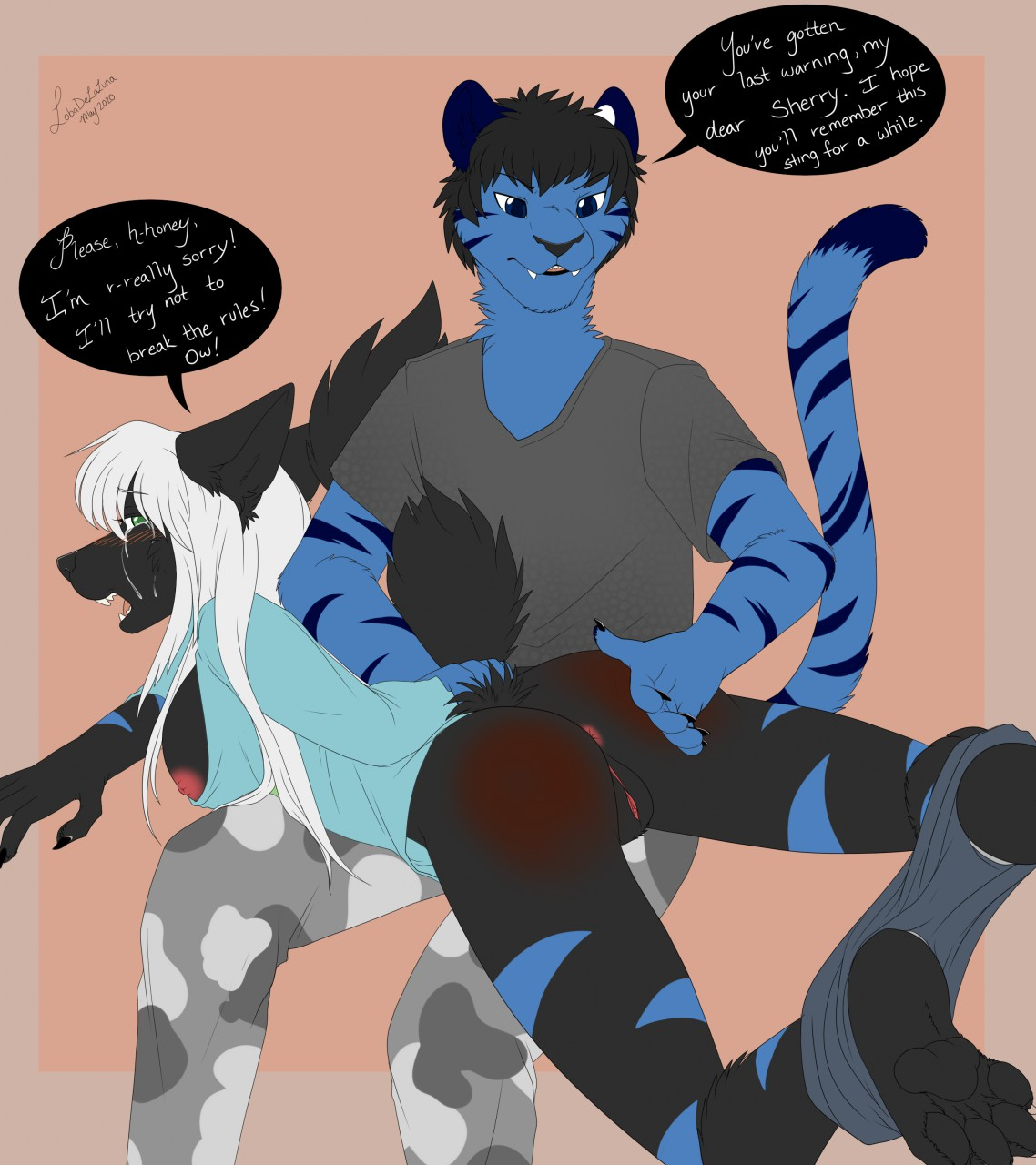 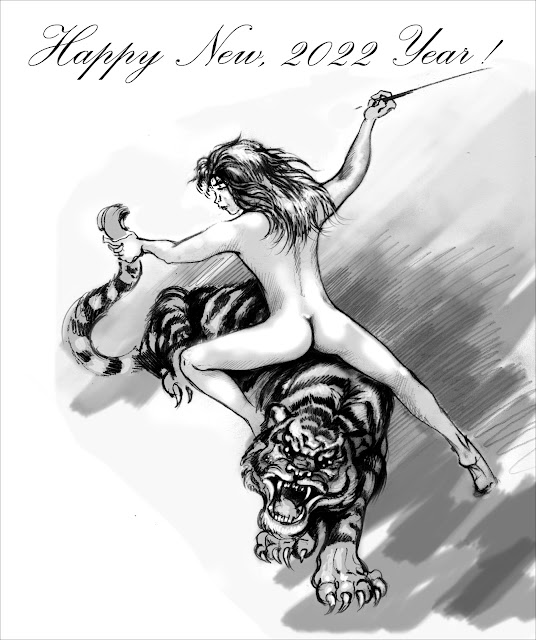 Belinda Krüger
The main character almost of all my little stories is Belinda Krüger - a full of mischief troublemaker from Germany. It's quite easy to tumble to that she's my avatar character ;) So, as you may now guess, I'm a spankee myself ;)